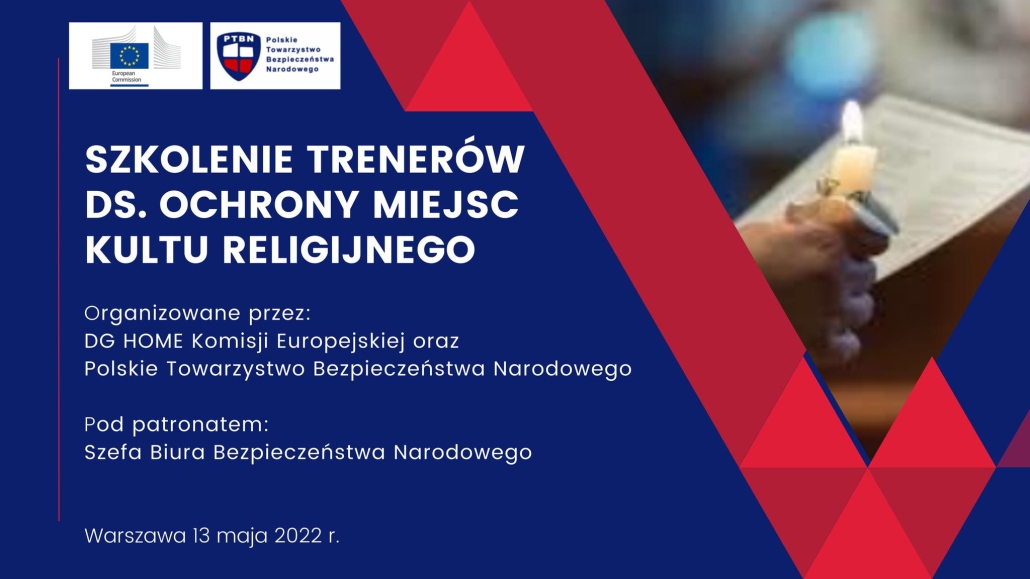 Polish National Security Association together with DG HOME of the European Commission organized another training devoted to the protection of religious sites against terrorist attacks. The training, like the one held on 14 March 2022, was under the honorary patronage of the Head of the National Security Bureau. Participants included representatives of the Catholic Church, among others, from the largest Polish cities, representatives of the uniformed services, state security officers, and representatives of governmental and local governmental institutions dealing with security issues. The University of Lodz was represented by Dr Rafał Batkowski (key expert of the ProSPeReS Project). During his presentation he familiarized the participants with the main assumptions and ideas of the EU project implemented by an international consortium and aimed at improving security at places of worship (project ProSPeReS- Protection System for large gatherings of people in Religious Sites).